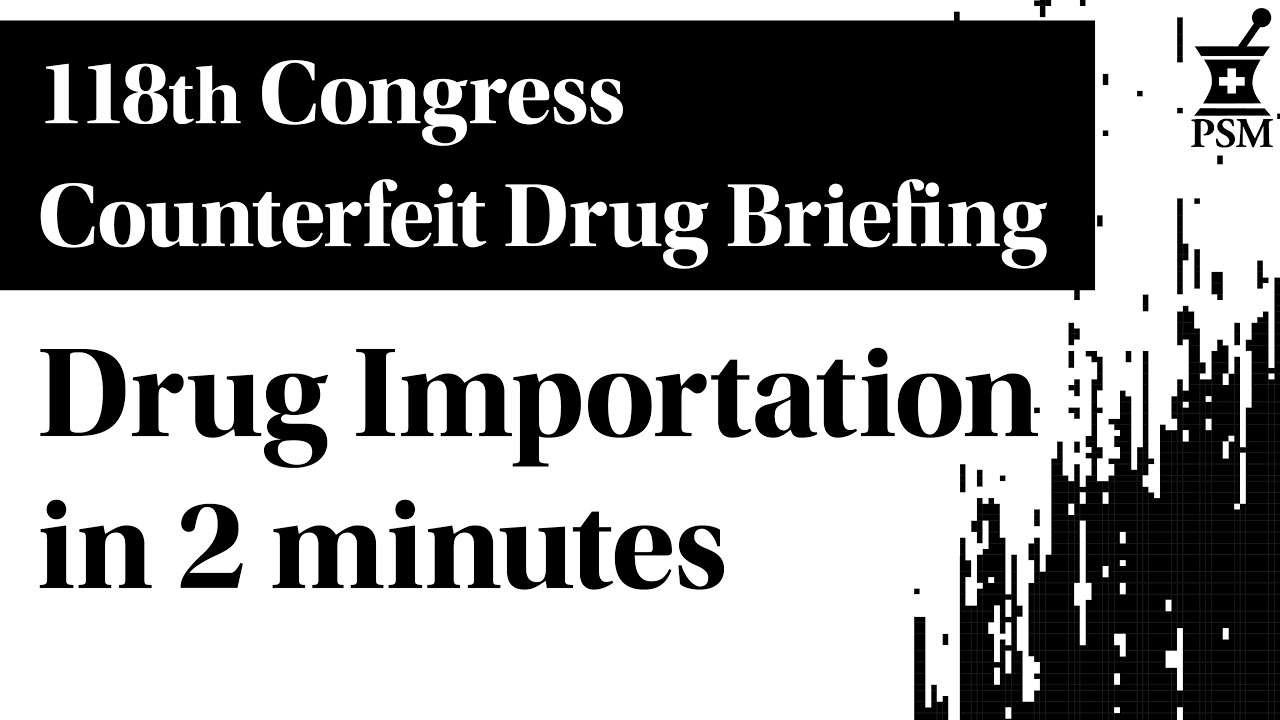 The National Association of Boards of Pharmacy's Buy Safely database is a good way to verify the safety of a pharmacy website.

A recent study in the Annals of Pharmacotherapy reviewed the 130 enforcement actions the U.S Food and Drug Administration (FDA) took against counterfeit medicine traffickers between 2016 and 2021. FDA’s Office of Criminal Investigation (FDA-OCI) removed millions of dangerous drugs from circulation over that six-year period, but they only scratched the surface of the counterfeit market. With over 11,000 rogue pharmacy websites selling Americans unregulated drugs at any given time, it’s not clear that even a better-funded FDA could put a stop to the problem.

Pharmacy owner Arkadiy Khaimov, who is among more than 70 defendants named in Gilead Sciences' lawsuit over a large-scale HIV drug counterfeiting scheme, was sentenced to 51 months in prison for submitting $7.2 million in fake claims under a drug manufacturer’s coupon program for a cancer medication.

Police in Montreal, Canada seized 13 pill presses and six-and-one-half-million amphetamine tablets of unspecified form during the bust of a criminal ring that they say distributed a million pills throughout Quebec every week.

The Jordanian army killed four people who attempted to smuggle “large amounts” of drugs, including 637,000 counterfeit Captagon pills  into the country from Syria. In December 2021, the New York Times reported that the Assad regime in Syria had become an international supplier of the amphetamine pills, which mimic a medication that was banned in late 1980s.

West Warwick, Rhode Island resident Richard Delsanto received a four-year federal prison sentence for selling 4,000 counterfeit OxyContin pills made with fentanyl to an undercover DEA officer in April and May 2021.

Akshay Ram Kancharla, of Tampa, Florida, pleaded guilty to selling fake Adderall and Xanax,  and at least 11,300 fake oxycodone pills made with fentanyl on the dark web between August 2021 and February 2022.

A father in Cape Coral, Florida pleaded guilty to child neglect after his 18-month-old son survived fentanyl poisoning from fake prescription pills in their home.

A man in New Hanover County, North Carolina was arrested after police found him in possession of more than a thousand counterfeit prescription pills that tested positive for fentanyl or heroin. Kancharla sold under the vendor name "OnlyTheFinest" on dark net markets ToRRez (above) and Dark0de Reborn.

The Union County Sheriff's Office arrested a Monroe, North Carolina man and seized more than 800 fentanyl pills from his home. Police allege that he was the source of the pills that killed a local 26-year old in March 2022.

Law enforcement in Lake Worth, Texas arrested a man and seized a pill press, guns, and more than three kilograms of illicit drugs, including a variety of pressed pills.

Julian Velasquez of Lorton, Virginia received a 22-year sentence for distributing the counterfeit Xanax made with fentanyl that killed a California woman in August 2020. Velasquez admitted selling narcotics that led to other poisonings, as well as the deaths of two additional people in 2017 and 2018.

20-year-old Paul Perkins of Big Stone Gap, Virginia pleaded guilty Tuesday to conspiracy to distribute fentanyl. Perkins and co-conspirators Cheyenne Cassie Carico, 19, and Austin Lane, 22, ordered thousands of fentanyl pills from California and distributed them in and around Wise County.

Police in Faribault, Minnesota seized more than one and a half pounds of fentanyl and 3,000 fentanyl pills during a traffic stop in mid-May.

A 17-year-old in Grand Island, Nebraska died in her home after taking what police believe was a counterfeit Xanax made with fentanyl. Grand Island police warned that these pills were in addition to pills disguised as Percocet which poisoned three people, killing one of them, in March 2022. U.S Customs and Border Protection agents at the Nogales Station in Arizona intercepted  fentanyl pills that an American teen was smuggling into the country.

Police in Cottonwood, Arizona reported seizing 55,000 fentanyl pills during a traffic stop on May 10th.

Police in Greeley, Colorado found almost 2,000 counterfeit oxycodone pills suspected of containing fentanyl, more than 300 grams of other illicit drugs, cash and a drug ledger during a traffic stop.

42-year-old Boise, Idaho resident Mason Yant, who was originally arrested after a 9-hour stand off with police in Nampa in September 2021, received a sentence of 20 years to life in prison for fentanyl and heroin trafficking. Investigators found 11 pounds of fentanyl pills and almost 9 pounds of fentanyl powder over the course of the investigation.

Idaho State Police discovered 680 fentanyl pills and 200 grams of methamphetamine in the vehicle of two Montana residents during a traffic stop near Coeur d'Alene.

Jesse Arevalo, 31, of Sparks, Nevada, received a 13-year sentence for conspiracy to distribute. Arevalo, who supplied the counterfeit fentanyl pills that killed two Reno high school students in January 2020, used two apartments to store and sell cocaine and M30 pills made with fentanyl  and leased a storage unit where the DEA found about 6,600 fentanyl pills and four pounds of cocaine.

In California, 18-year-old Sebastian Edeza, of Soledad died on May 21, 2022 after taking a counterfeit pill made with fentanyl.

Santa Clara County launched a series of on-line and in-person discussions about fentanyl, and particularly fentanyl pill use among teens in the county.

A federal grand jury in Portland, Oregon indicted a Vancouver, Washington man for distributing counterfeit oxycodone pills that led to the fentanyl poisoning death of a Portland teenager in March 2022.

In Oregon, the Portland Police Bureau (PPB) and Erik Kilgore, who lost his elder brother James to a counterfeit pill made with fentanyl in December 2018, continue to warn about the threat of counterfeit pills. Drug deaths in the city jumped from 87 in 2020 to 113 in 2021.

Shari Young, a Portland resident who lost her nephew to a fentanyl pill in 2021, is using her pageant title—Mrs. Portland 2022—to encourage local businesses to carry naloxone to reverse opioid overdoses in emergencies.

As warnings from the Central Oregon Drug Enforcement and the Oregon-Idaho High Intensity Drug Trafficking Area illustrate, this problem is in no way confined to Portland.

Save Peoples' Lives with Naloxone

The drug temporarily reverses the effects of opioids and it is available without an individual prescription at U.S. pharmacies in every state. It's often covered by health insurance, and sometimes community programs distribute it for free.

Consult NEXT Distro to learn about access to naloxone in your state.

In Washington, Dylan Krogh’s family shared the story of his fentanyl poisoning death in April 2021 as a warning to their community. According to court documents, Krogh died after taking counterfeit pills supplied by fellow Newport resident Antionne Holmes, who recently pleaded guilty to selling pills that led to the death of a teenager in Bonner County, Idaho in 2020.

In Spokane, Washington, “Fetty Brothers,” Hunter O’Mealy, Caleb Carr, and Jamie Bellovich have pleaded guilty for roles in a ring that trafficked fentanyl pills from Mexico are was linked to a shooting death and the fatal fentanyl poisoning of a high school freshman in Coeur d’Alene, Idaho. A fourth defendant has not yet been prosecuted.

A 19-year-old Anacortes man was charged for allegedly distributing drugs, including counterfeit Percocet pills made with fentanyl to juveniles in Skagit County, and specifically within the city of Anacortes.