The National Association of Boards of Pharmacy released Disrupting Illegal Online Pharmacies: Lock-and-Suspend as a Tool to Protect Patients, a report that explores how locking and suspending domain names associated with illegal online pharmacy websites can protect patients from fake and substandard medicines.

Indonesia temporarily banned sales of all syrup-based medications while it investigates 206 cases of pediatric kidney failure—99 of them fatal—this year. Authorities suspect that paracetamol syrups used locally to treat fever may be tainted with diethylene glycol and ethylene glycol. 70 Gambian children have recently died under similar circumstances. 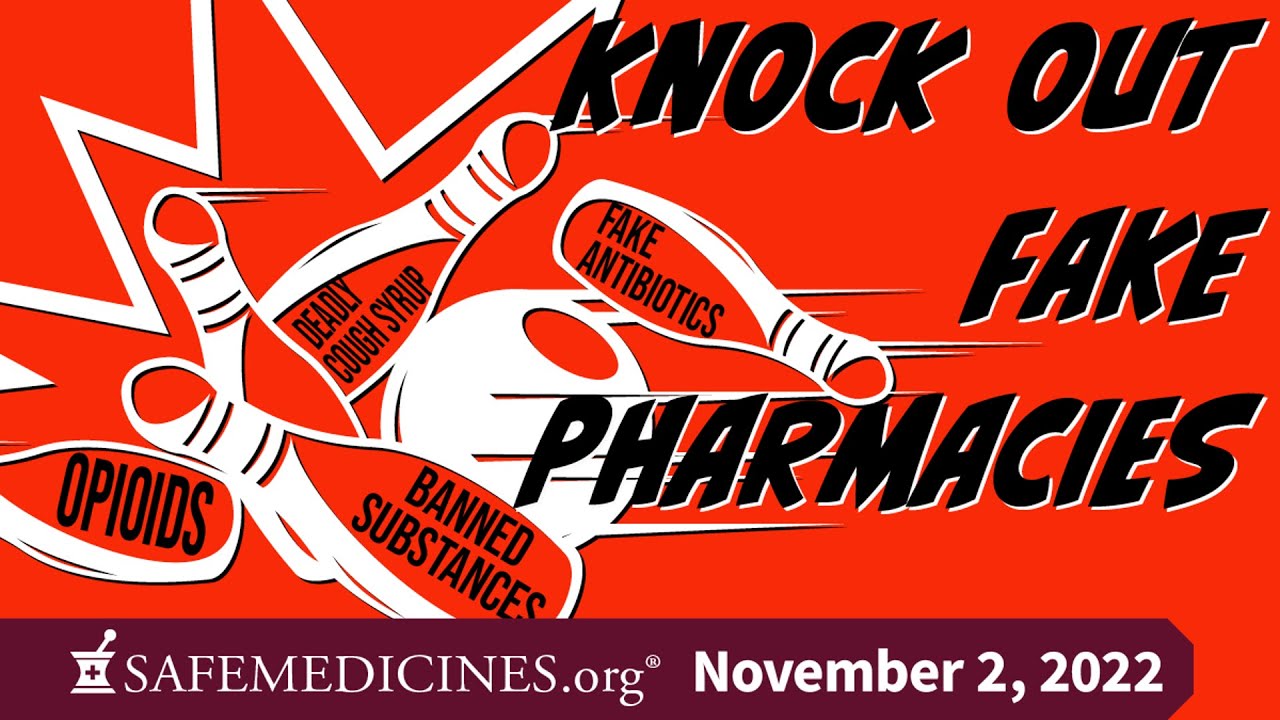 Cofepris reported that counterfeit Zadilaxol, an injectable sedative, was circulating in Mexico.

A British pharmaceutical wholesaler who illegally imported stolen Italian cold-chained drugs from an Egyptian supplier was sentenced to 20 weeks in prison. The medicines included treatments for cancer, arthritis, and Crohn’s disease, among others.

Fresno County, California’s District Attorney charged a woman who allegedly sold the fake prescription pill that killed 41-year-old Jade Dreith on January 15, 2022 with murder. A second person has been arrested on related charges.

Law enforcement arrested two men in Bellingham, Washington and a third in North Carolina in connection with the distribution of more than 75,000 fentanyl pills in western Washington. Homeland Security Investigations announced the indictment of three men caught with 430,000 fentanyl pills and 35 pounds of methamphetamine in Avondale, Arizona on September 23.

The owner of a smoke shop in Mesa, Arizona and his employee were arrested after they allegedly sold 7,000 pills made with fentanyl to undercover officers. Court documents say that one of the accused claimed that he also shipped tens of thousands of pills to New York and Virginia each week.

In Colorado, Antonio Espinosa-Tovar, of Aurora, received a 20-year sentence after his girlfriend's three-year-old was treated for fentanyl poisoning after eating part of a fentanyl pill in their home. Espinosa-Tovar told police he had been selling pills to make extra money.

Sammy Valdez, of Longmont, who supplied the counterfeit oxycodone pills made with fentanyl that killed a Lafayette woman in March 2020, was convicted at trial of manslaughter.

The Weld County Drug Task Force confiscated about 65,000 fake pills suspected to contain fentanyl and 34 pounds of meth during two traffic stops in August and September.

Antoinne James Holmes, of Cusick, Washington, got more than 12 years in federal prison for selling a 16-year-old in Sandpoint, Idaho the fake prescription pills that killed him on August 28, 2020.

The DEA reported the arrest of three men in Las Vegas after they allegedly tried to sell more than 21,000 fentanyl pills to a person working undercover on October 18.

In Iowa, the families of Devin Anderson and Sebastian Kidd spoke out about losing them to counterfeit Percocet pills made with fentanyl.

Bereaved mothers in the Kansas City area have funded a billboard campaign to raise awareness about the deadly threat of fentanyl.

After seizing over 17,000 prescription pills made with fentanyl in September the Kansas City, Missouri Police Department warned about four fentanyl deaths, including a toddler, and 17 fentanyl poisonings over a 13-day period this month.

Sheriff's deputies in Lancaster County, Nebraska seized 60,000 counterfeit oxycodone pills made of fentanyl when they stopped a vehicle for speeding on I-80.

Billboard design to go up in Kansas City. (KCTV 5)

Firefighters in Worcester, Massachusetts discovered an off-white powdery substance, narcotic processing material, and a pill press when they responded to an apartment fire on October 17.

The Dutchess County, New York Sheriff’s Department warned residents about a sharp increase in counterfeit prescription pills made with fentanyl in the area. Law enforcement seized 2,000 of the pills in September.

Stevens Morales Rivera, a Dominican national, received a 10-year federal prison sentence after members of the Rhode Island DEA Drug Task Force searched his residence and found a kilogram of fentanyl, six and a half kilograms of cocaine, about $9,000 in cash, and a pill press.

A Rhode Island man awaiting trial in state court is now in federal custody for alleged drug sales. Law enforcement seized over 500 grams of fentanyl pills and powder, a pill press and other drug-making supplies during the investigation.

Authorities in Fort Smith, Arkansas warned that first responders have revived 66 people from fentanyl poisoning so far this year, and four alleged dealers have been indicted for bringing more than 36,000 fentanyl pills to Fort Smith in 2022.

Albert Bynoe of Decatur, Georgia received a 92-month federal prison sentence for working with his mother and two other defendants to distribute methamphetamine pills they made with high volume pill press machines. Bynoe’s co-conspirators have already been sentenced. In South Carolina, the York County Sheriff’s Office arrested six people in the Clover and Rock Hill area for drug trafficking. Deputies found over 30 kilograms of fentanyl, kilogram-quantities of other illicit drugs and seven pill presses when they searched three properties related to the investigation.

San Antonio, Texas mother Kathy Drago is warning others about prescription pills made with fentanyl. Her son Cody, a new father, died after taking a fake pill in June.

Authorities in Hood County, Texas reported charging an Acton resident with attempted murder and manufacture and delivery of a controlled substance after  a friend he  allegedly supplied with a fentanyl pill had to be treated for an overdose in September.

Michael Tran, of Houston, pleaded guilty to possession with intent to distribute methamphetamine. Law enforcement found 305 grams of fentanyl pills, 305 grams of methamphetamine pills, more than six pounds of marijuana, and $50,392 in cash in his vehicle during a traffic stop in Beaumont.

West Virginia’s Attorney General wrote letters to the CEOs of Meta Platforms, Twitter, Snap, Pinterest, TikTok, Discord and Telegram asking that they report on their efforts to combat drug trafficking.