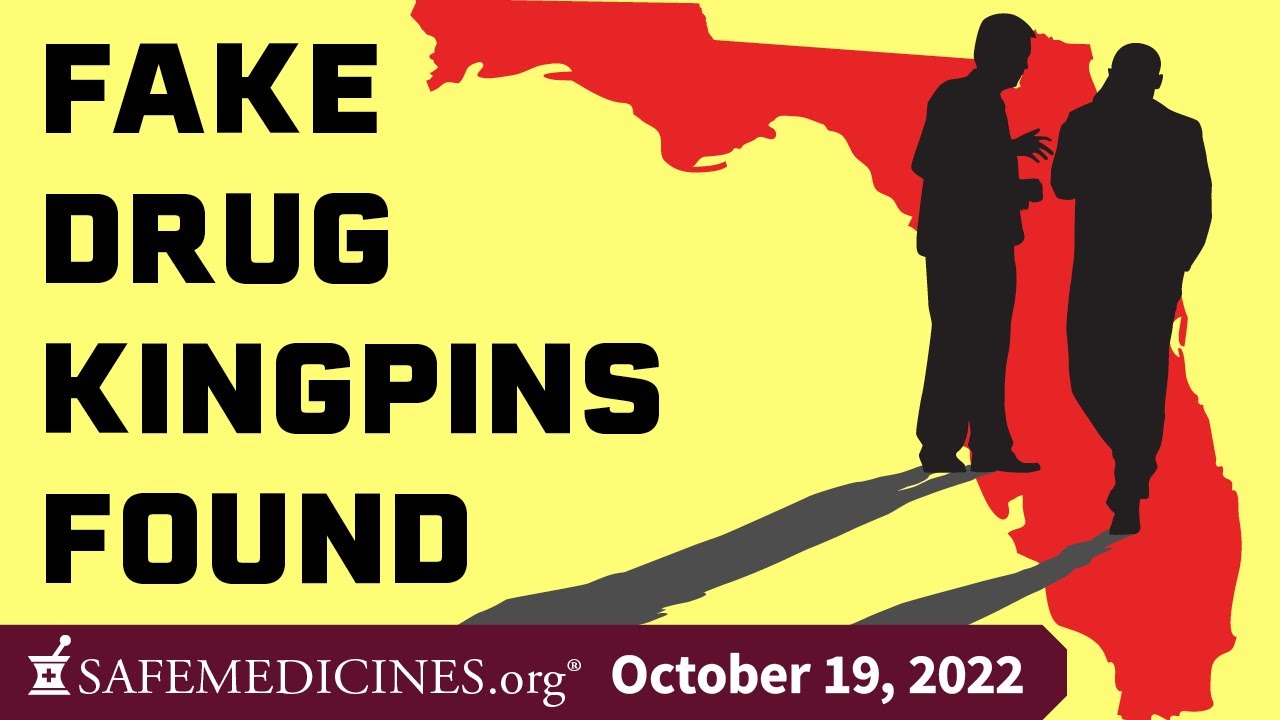 A federal judge froze the assets of more than 50 defendants that Gilead Sciences added to an ongoing lawsuit against a ring that allegedly sold more than 85,000 bottles of fake HIV medicines to U.S. pharmacies. The company’s most recent complaint identifies two men as “kingpins” in the scheme, one of whom was indicted by the Justice Department in June.

In New York, Syracuse University warned students that some FlowFlex COVID-19 test kits distributed through campus vending machines in the Fall of 2022 may have been counterfeit. The Drug Enforcement Administration (DEA) and law enforcement partners seized more than 10.2 million fentanyl pills and approximately 980 pounds of fentanyl powder between May 23 and September 8, 2022. Among 390 cases opened, almost a third involved social media platforms, including Snapchat, Facebook Messenger, Instagram, and TikTok. Eight million of those pills came from the Phoenix area.

U.S. Representatives from Colorado introduced legislation to allow unused COVID-19 funding to be used for fentanyl education and prevention efforts in schools. See the latest news about counterfeit medicine in California or check out your own state here.

A federal jury convicted San Diego, California resident Nameer Mohammad Atta of using social media to market and arrange the sale of “M30s,” “Percs” and “Perc 30s” made of fentanyl that killed an active-duty Marine in May 2020.

Ventura County Sheriff's investigators announced the seizure of thousands of fentanyl-laced pills and 62 pounds of other drugs during the three-month investigation of a drug trafficking operation between Oxnard and Tijuana, Mexico.

Investigators arrested two men in San Rafael, California after one of them allegedly sold counterfeit Xanax pills to undercover detectives. A search of their home turned up other drugs, including small amounts of fentanyl pills and counterfeit Adderall pills.

The Los Angeles Unified School District announced that it will provide all its schools with naloxone, which reverses opioid overdoses. In recent weeks, at least six teenagers were treated for fentanyl poisoning and one died after taking pills that contained fentanyl.

A federal grand jury in Portland, Oregon indicted a Kennewick man with distributing large quantities of drugs, including fentanyl pills, in and around Umatilla County. Officers found 5,000 counterfeit pills made with fentanyl in his vehicle on September 7. Carlos Obed Moreno received a 40-month sentence for fentanyl trafficking. A CBP officer at the port of entry in Nogales, Arizona found packages of fentanyl pills stuffed into his boots during a pat-down.

A woman has been charged with possession with intent to distribute after sheriffs in Pinal County, Arizona allegedly seized 360,000 prescription pills made with fentanyl hidden in her vehicle in August.

A Colorado woman has been charged in the death of her daughter, a 12-year-old who died of fentanyl toxicity in May 2022 after consuming her fentanyl pills.

Anthony James Wylie of Boise, Idaho received a 175-month federal prison sentence after a high-speed chase with police in November 2021 during which he threw a case that contained several hundred fentanyl pills from his vehicle.  Police also caught him with two pounds of methamphetamine.

A Chubbuck, Idaho resident is facing felony drug charges for the alleged possession of three baggies that contained 347 fentanyl pills and two baggies of amphetamines.

Joshua Taylor, of Gillette, Wyoming, was sentenced to 24 years in prison for possession with intent to deliver meth. He’s one of three men indicted after being caught with more than 7,000 fentanyl pills and ten pounds of meth in January.

Police in Garden City, Kansas seized almost 1,000 oxycodone pills made with fentanyl during a traffic stop.

Bloomington, Minnesota's Police Chief reported that officers had arrested a man with 108,000 fentanyl pills in his hotel room at the end of August. It's the largest fentanyl seizure in the city's history.

A man who fled Omaha, Nebraska after pleading guilty to fentanyl trafficking in March was arrested in Iowa. Cameron Carodine sold 377 counterfeit pills made with fentanyl to a confidential source and was caught with 658 of the pills in his home in March 2020. Sheriff's deputies arrested  a Lawrenceville, Georgia man after they allegedly found a variety of drugs in his car, including fentanyl pills hidden in Lipton Tea canisters with a false bottom.

Police in Eunice, Louisiana arrested a 19-year-old on second degree murder charges in the fentanyl pill poisoning death of a 17-year-old on September 12, 2022.

Cal Mayo shared the story of his son Thomas, an Ole Miss student who died in his home in Oxford, Mississippi in April 2022 after taking part of a counterfeit Percocet made with fentanyl.

A federal judge in Connecticut sentenced Phillip Garcia, of Bloomfield, to 87 months in prison for drugs and gun offenses after the FBI’s Northern Connecticut Gang Task Force found that he was selling cocaine and fentanyl pills.

Brockton, Massachusetts resident Steven McCall received a 28-month prison sentence for his part in a drug conspiracy that manufactured and sold ecstasy, Ketamine and fake Xanax pills under the dark web vendor “EastSideHigh.” Authorities in the Dominican Republic seized more than a million counterfeit pills, including high blood pressure treatments and painkillers, in boxes that mimicked the packaging of recognizable pharmaceutical companies.