October 31, 2022: Massachusetts has a fake pill problem. It’s not alone

The U.S. Food and Drug Administration warned Wilmington, Delaware-based Lakpura LLC to stop selling unapproved and misbranded products for the treatment or prevention of COVID-19.

Debra Esteves-Meléndez will serve a year of federal probation and pay fines and restitution of almost $14,000 for injecting people with liquid silicone at Belleza Vital Esteti, a spa she operated in Caguas, Puerto Rico. Silicone injections can cause disfigurement, blocked blood vessels, and  stroke and have killed people in at least 13 U.S. states.

The U.S. Attorney in Massachusetts charged 23 people with running a North Shore-based drug trafficking organization that manufactured and sold tens of thousands of prescription pills, both genuine and counterfeit. The investigation led to the seizure of 74,000 counterfeit Adderall pills containing methamphetamine, over 1,000 fake oxycodone pills made of fentanyl, three to four kilograms of suspected powdered fentanyl, and a pill press.

Two additional North Shore men were arrested for alleged distribution of prescription pills made with fentanyl and meth. Federal law enforcement caught one of them buying a pill press and supplies to make fake Adderall in August, and a search of the other’s home yielded counterfeit Adderall, fake oxycodone pills, pill-making equipment, and 14 firearms.

Police in Red Hook, New York charged a man they believe is responsible for distributing counterfeit oxycodone pills made of fentanyl in Dutchess County.

Jonathan Orlando Fontanez, of Wilkes-Barre, Pennsylvania, was sentenced 40 months in federal prison for his part in a drug trafficking organization that sold cocaine and fentanyl pills disguised as oxycodone. 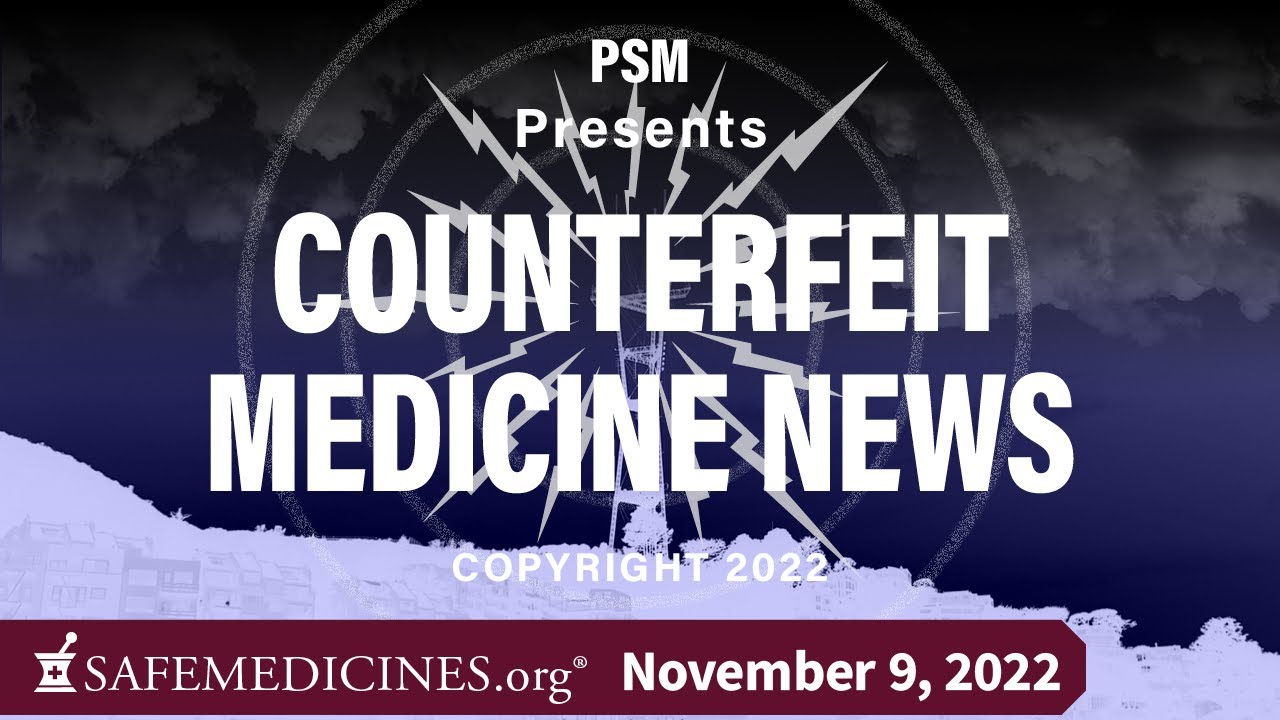 Watch our two-minute news summary for this week.

Police in Amarillo, Texas arrested a man after seizing 1,900 fentanyl pills and about seven ounces of other drugs during a search of his apartment.

In Evansville, Indiana, Makaylee Opperman pleaded guilty to child neglect and drug dealing charges after her 3-year-old ingested fentanyl pills that were left inside a nightstand, and died. Two other children survived after being treated with Narcan. Five additional adults are being prosecuted.

Chase and Cam Jahnke of Atlantic, Iowa pleaded guilty for their roles in a drug trafficking ring that led to two fentanyl pill poisoning deaths. Two people have already pleaded guilty to the conspiracy; two more may go to trial.

Minneapolis resident Brian Silva received a 72-month federal prison sentence for fentanyl possession and illegal possession of a machine gun. Silva, who was the subject of multiple state warrants, was caught with 331 counterfeit prescription pills that contained fentanyl in June 2021.

A Mankato man was arrested for drug sales after he allegedly sold cocaine and fentanyl pills to Minnesota River Valley Drug Task Force agents. The task force became aware of his activity after first responders treated a second Mankato resident for fentanyl poisoning in early October.

A 19-year-old in Lee’s Summit, Missouri was charged with distributing fentanyl, including pills that killed someone in August 2022.

A man from Flushing, Michigan and a man from Minot, North Dakota, are facing charges after Minot police seized 15,000 fentanyl pills and 80 grams of fentanyl powder from a storage facility. This follows an October 4 incident in which police arrested a man after finding 20,600 fentanyl pills in his Bismarck home.

Holly Groelle spoke about her daughter, Lillianna Alfaro, a 19-year-old mother in Appleton, Wisconsin, who died with a friend in 2020 after they took Xanax they did not know was counterfeit.

Police in Craig, Colorado arrested two women after finding 580 fentanyl pills and more than two pounds of other drugs in their vehicle.

A 17-year-old resident of Post Falls, Idaho received a ten-year sentence for delivering fentanyl pills to a fellow high school student who died after taking them in June 2022.

Sheriff’s deputies in Kane County, Utah found 923 suspected fentanyl pills, over four pounds of methamphetamine, and syringes preloaded with heroin in an Idaho woman’s car after a high speed chase on U.S. 89.

A Glenrock, Wyoming resident is facing federal charges for his alleged role in a fentanyl pill trafficking conspiracy in the Casper area. Too many people are dying because of fentanyl. Having naloxone on-hand to reverse opioid overdoses saves lives. Find out how you can get some at NextDistro.

A woman in Seaside, California was arrested for allegedly selling fentanyl after an investigation into the fentanyl poisoning death of a 64-year-old man at the Moose Lodge in Del Rey Oaks. Law enforcement found suspected fentanyl pills connected to the case.

A high school principal in San Jose, California may have saved a student’s life by administering Narcan after she allegedly took a counterfeit pill.

A federal jury found Dontae Lamont Hunt of Portland, Oregon guilty of drug, gun, and money laundering charges. A lengthy investigation revealed that he was dealing counterfeit oxycodone pills made with carfentanil and other fentanyl analogues in 2017 and 2018. Federal authorities in Washington state arrested 11 people for allegedly transporting hundreds of thousands of fentanyl pills and huge quantities of other drugs from Mexico to the Pacific Northwest.

Detectives seized 100,000 fake oxycodone pills made with fentanyl, and kilograms of other drugs from an empty apartment in Everett, Washington.

Detectives in Kennewick, Washington arrested a 36-year-old woman after searching two residences and seizing more than 14,000 fentanyl pills and a pound-and-a-half of methamphetamine.

Police in Bellingham, Washington arrested a man after finding over 2,000 fentanyl pills and other drugs, more than $16,000, a handgun, and drug paraphernalia in his truck.