This week: Three men received decades-long sentences for a wide-ranging, violent fentanyl-pill operation based in Washington state. Internationally, 19 Yemeni children are dead as a result of smuggled leukemia medicine; the Mounties took down a fentanyl pill ring; an alleged fake Xanax trafficker from Canada still hasn’t been extradited; and the BBC examined the U.K’s fake Valium problem. Additional news about pressed pills in 13 states, and one U.S. territory.

Counterfeit medicine across the country 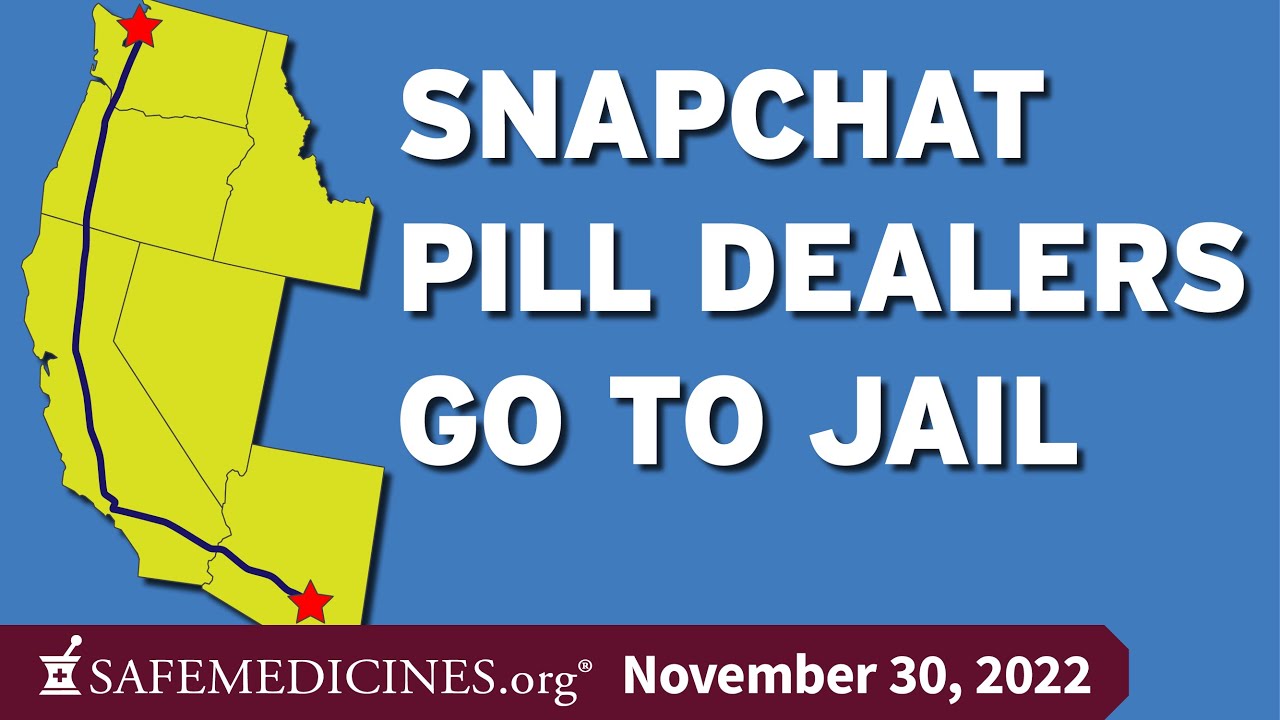 The "Fetty Bros," who flooded the Pacific Northwest with fake oxycodone pills in 2021, have just been sentenced. It's an interesting case--watch to learn more.

Hunter Bow O’Mealy, Caleb Ryan Carr, and Matthew Gudino-Pena were sentenced to a cumulative 56 years in federal prison for transporting tens of thousands of Mexican fentanyl pills from Arizona and selling them in and around Spokane, Washington and across the U.S. The defendants, who styled themselves the “Fetty Bros,” supplied the pills that killed a Coeur d’Alene 15-year-old in May 2021, were multidisciplinary criminals: they also smuggled people over the southern border and trafficked firearms. They were arrested at an apartment complex near the University of Arizona in Tucson in October 2021.

With fentanyl causing one-fifth of deaths in Californians between 15 and 24 years old in 2021, Los Gatos resident Jan Blom is speaking out about the drug’s dangers. Blom’s son Linus died in 2020 after taking a counterfeit pill made with fentanyl.

A federal jury in Phoenix, Arizona indicted 13 people, including a physician, for the alleged illegal distribution of oxycodone (some of which was counterfeit) and promethazine-codeine.

In an extensive article about the impact of fentanyl and fentanyl pills on Colorado, PSM board member Andrea Thomas spoke about her commitment to preventing fentanyl deaths. Thomas’s daughter, Ashley Romero, died after taking half of a counterfeit oxycodone pill in June 2018.

A federal judge in Omaha, Nebraska sentenced Colleen Wiand of Council Bluffs, Iowa to 97 months for assisting in the distribution of methamphetamine and fentanyl, including fentanyl pills, in the Omaha and Council Bluffs areas.

33-year-old Marcus Phoenix of Cincinnati, Ohio received a 16-year federal sentence for selling a high school student a counterfeit Percocet pill made of fentanyl that nearly killed them, leading to a two-week hospitalization and extensive physical therapy. Three Louisiana men were arrested for allegedly distributing the counterfeit pills that caused the fentanyl poisoning of a 15- and a 16-year-old in Galliano. The 15-year-old did not survive.

Upper Marlboro, Maryland resident Ericka Oliver received a 96-month federal prison sentence for her role in a drug conspiracy that manufactured and sold thousands of counterfeit prescription pills made of fentanyl between January 2018 and February 2021. Oliver is the fifth member of the conspiracy to be sentenced.

KXAN in Austin, Texas reported that 13 of 17 defendants who were indicted in 2020 for selling large quantities of drugs, including counterfeit Xanax, fake Adderall. and opioid pills made with fentanyl, in the Austin area pleaded guilty over the course of 2022.

In New Hampshire, where authorities report seeing an uptick of fentanyl in drug samples, Andrea Cahill spoke about the impact of the drug on families across the country. Cahill lost her 19-year-old son, Tyler, to a counterfeit Percocet pill in 2020.

The New York State District Attorney announced the indictment of 14 people for trafficking cocaine and thousands of fentanyl pills disguised as oxycodone in Erie and Niagara counties.

The Manhattan District Attorney announced that Chester Anderson received a nine-year state prison sentence for leading a dark web drug trafficking scheme that shipped hundreds of thousands of fake Xanax tablets and other controlled substances to buyers across the country. During the investigation law enforcement seized four pill presses, 600,000 Xanax tablets, heroin adulterated with fentanyl, methamphetamine and other drugs.

Vincent Andrew Feliciano, formerly of Erie, Pennsylvania, pleaded guilty to charges related to his role in a ring that distributed about 15,000 fentanyl pills and multiple kilograms of cocaine and methamphetamine in the Western District of Pennsylvania between February and May 2022. The Houthi rebels health ministry in Yemen reported last month that 19 children and teens had died after being treated with smuggled, expired leukemia medicine. Continuing civil war in Yemen has disrupted the country's drug supply.

Alleged AlpraKing Alexandre Beaudry has been denied bail in Montreal, Canada. Beaudry is fighting extradition to the U.S., where the Justice Department intends to prosecute him for trafficking counterfeit Xanax on a massive scale.

A BBC documentary shed light on the U.K.’s counterfeit Valium trade, which has led to at least 1,300 deaths over the course of 2022.