This week: Ongoing drug shortages make it even more important to verify that your pharmacy is state-licensed. One California doctor pleaded guilty to buying illegally imported medicines; another will be going to prison for fake COVID treatments. A new report addresses money laundering by fentanyl traffickers. News about deaths, seizures and prosecutions involving fentanyl pills in 15 states and Mexico. Check our resources before ordering online.

A spike in respiratory illnesses in the U.S. has led to nationwide drug shortage, including the antibiotics amoxicillin and Augmentin, and regional shortages of Tamiflu, which treats influenza. These shortages and the ongoing Adderall shortage are ripe for exploitation by drug counterfeiters. If you’re ordering prescription medicine online, please verify that you’re buying from a safe, state-licensed pharmacy. Check yours at https://safe.pharmacy/buy-safely/.

45-year-old San Francisco Bay Area dermatologist Dr. Lindsay Clark pleaded guilty to a misdemeanor for buying unlicensed botulinum toxin and hyaluronic acid fillers from unlicensed foreign pharmacies and injecting them into patients who believed they were being treated with FDA-approved products. Clark’s medical practice, which made more than a million dollars using these products, pleaded guilty to one felony count of receiving and delivering misbranded drugs and misbranded and adulterated devices.

The intergovernmental organization the Financial Action Task Force issued Money Laundering from Fentanyl and Synthetic Opioids, which proposes ways to address the problem of money laundering by fentanyl traffickers. 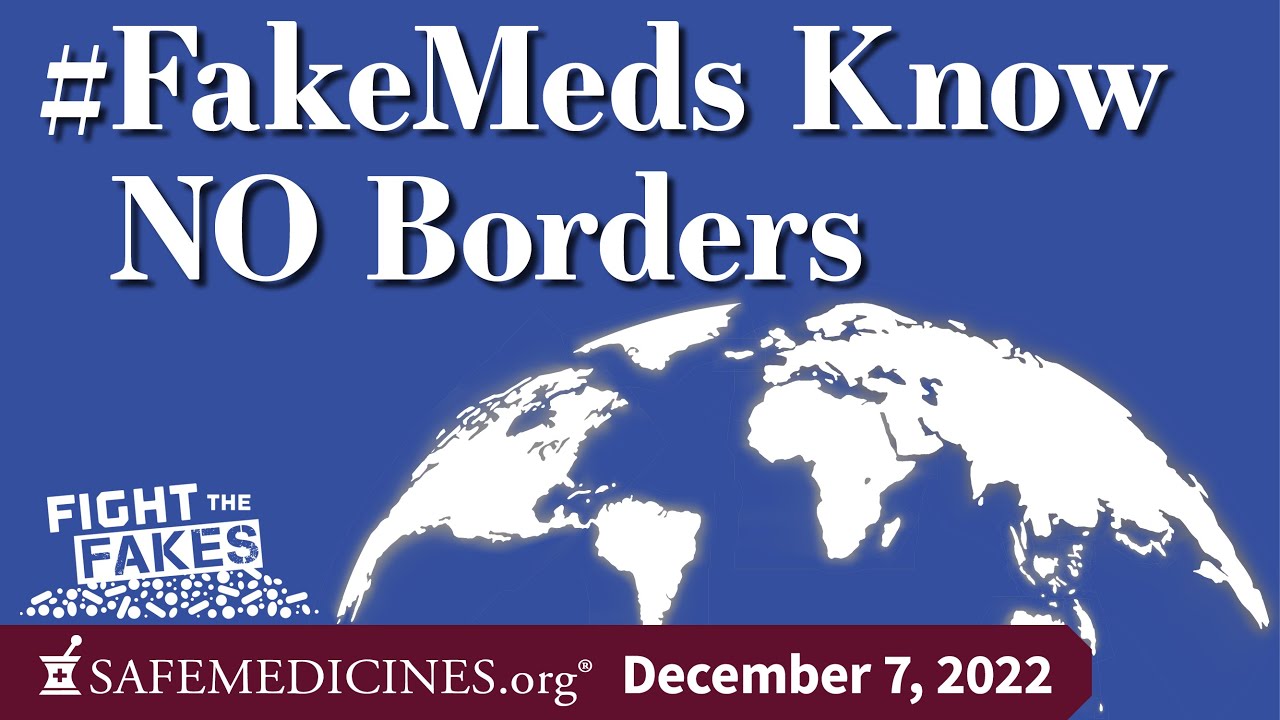 It's Fight the Fakes Week, a week to raise awareness about the terrible impact of counterfeit and substandard medicines around the world.

Pressed Counterfeit PIlls in the U.S.

Police in Winters, California warned that a young adult and a minor had been treated for fentanyl poisoning after taking pills they believed to be oxycodone.

The Santa Clarita Valley Sheriff’s Department is investigating the fentanyl poisoning death of Richard Horton Jr., of Canyon County, who died in May after ingesting counterfeit pills disguised as Percocet. Local detectives searched the home of a suspect in the case and found several thousand Xanax pills. Yoncalla, Oregon residents Brian Joseph Ramos and Christine Marie Ramos received sentences of 70 and 51 months in federal prison, respectively, for drug distribution after they were linked to the fentanyl pill death of a man in ​​May 2018.

The U.S. Attorney’s Office of the Western District of Washington charged six alleged drug traffickers with selling illicit drugs in Skagit and Whatcom Counties. Law enforcement seized more than 11 kilos of fentanyl pills, nine firearms, over $186,000, and almost 19 kilos of other narcotics during the course of the investigation.

A federal judge in Arizona sentenced Tucson resident Oscar Sun Acuna, Jr. to 15 years in prison for selling the fentanyl pills that caused the death of a young woman in May 2020.

Alexis Nicole Wilkins of Colorado Springs, Colorado, pleaded guilty to distribution of fentanyl resulting in death. In December 2021, Wilkins sold a counterfeit pill to two high school students via Facebook Messenger. They split the pill with a third student, who died of fentanyl poisoning after taking a portion of it.

A judge in Boulder District Court sentenced Lafayette, Colorado resident Jessie James Raymond Verner to 11 years of community corrections. He was found with more than 280 blue counterfeit oxycodone pills made with fentanyl during a domestic violence arrest in January 2022.

Pablo, Montana resident Donald McLeod got four years in federal prison for possession with intent to deal fentanyl. When police caught him with 358 fentanyl pills in 2021, he admitted that he had been selling pills he picked up in Spokane, Washington for over a year.

Daniel Anguiano of Las Vegas, Nevada received a 10-year prison sentence for distributing counterfeit pills made with fentanyl that killed another person. Anguiano pleaded guilty to distribution of a controlled substance in June 2021.

Four Wyoming residents have been charged in a fentanyl distribution case after a search of properties in Mills yielded methamphetamine and 130 fentanyl pills.

Interested in what's happening in counterfeit medicine news in your state? Check the RSS feeds on our state pages.

Repeat offender Kevin Noe, of Indianapolis, received a 210-month federal prison sentence for drug charges after officers found 226 counterfeit pills containing fentanyl, cash, firearms, and about 600 grams of other illicit drugs during a search of his home in January 2021.

21-year-old Makaylee Jade Opperman pleaded guilty to neglect of a dependent resulting in death and conspiracy to distribute a narcotic drug in October. Last week a judge in Vanderburgh County, Indiana sentenced her to 25 years in prison. Opperman’s 3-year-old daughter died after ingesting some of her mother’s pills in 2021; two other children were treated for fentanyl poisoning.

In South Dakota, the Roberts County Sheriff’s Office reported that a deputy working with a Sisseton-Wahpeton tribal police officer discovered more than three pounds of fentanyl powder and 53,000 counterfeit pills made with fentanyl during a traffic stop on November 26. A Paducah, Kentucky man is facing fentanyl trafficking charges for allegedly providing pills to two men who were treated for fentanyl poisoning after taking them.

Police in Prince George’s County, Maryland reported that a 10th grader died after taking a counterfeit pill made with fentanyl. It’s the third juvenile fentanyl pill poisoning death since October.

U.S. Customs and Border Protection reported that officers in Texas seized over 26 pounds of methamphetamine and three pounds of fentanyl pills when they searched a vehicle at the Paso Del Norte border crossing in November.

Authorities in Sonora, Mexico seized a truck carrying more than 660 pounds of fentanyl pills stored in hollowed out coconuts.